Moved the storm videos to the next page as it was taking too long too load all on one page.
Kept John Michael's music videos here, to soothe the soul.
The following photos were taken before, during and after Superstorm Sandy
devastated our City of Long Beach, New York, on October 29, 2012.
All photos are of our block and around the corner from our house.
Interior photos are of neighbor's ground floor apartment.
Photos of fire, occurred two blocks northeast of us.
Eight homes burned uncontrolled for hours
as a single fire truck crept through over 4 feet of water in the streets.
There was nothing that could be done and we watched helplessly
in the pitch black night as the fire burnt itself out...
As of November 25, 2012, we still have no electric, heat, hot water or phone service...
(Some photos may be out of order - I can barely look at them, let alone edit and add captions to each photo)

The City of Long Beach is a 2.14 square-mile city bounded by Reynolds Channel on the north,
the Atlantic Ocean on the south, Nevada Avenue to the west and Maple Boulevard to the east.
It is part of the South Shore Estuary Reserve, which extends 75 miles through Nassau and Suffolk Counties.
The red "A" on the map below shows my exact location, one block off the bay, six blocks off the Atlantic.
As you can see, Long Beach, NY is a VERY small island (a sandbar, in reality) and the entire island went underwater when the bay and ocean met. 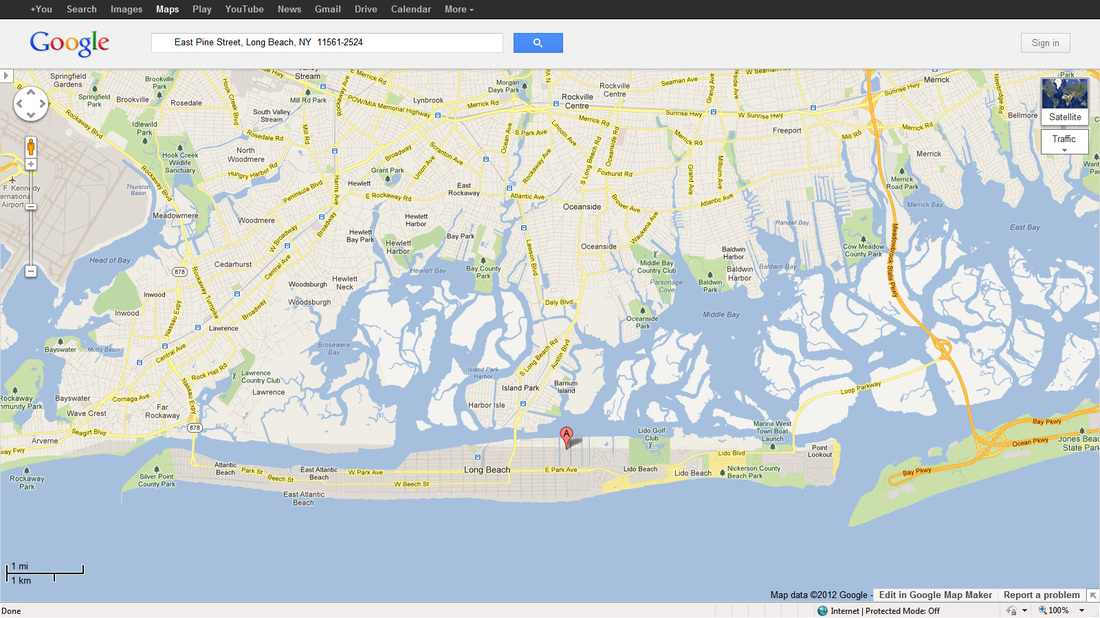 Below videos were taken by other residents in different areas of Long Beach.